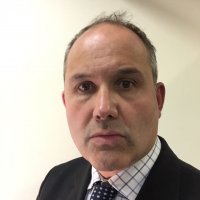 Mr Smith graduated from Imperial College, London and subsequently trained in Leicester, Nottingham and at the Cleveland Clinic, Ohio, USA. Alongside his private practice, Mr Smith is a consultant pancreaticobiliary surgeon based at St James's University Hospital. St James's Hospital pancreaticobiliary Unit is one of the busiest in the UK. At St James’s Hospital he is the Clinical Lead for emergency general surgery.

He is also an Associate Clinical Professor at Leeds University. He is also an examiner for the Royal College of Surgeons. He has co-supervised several postgraduate fellows working towards PhDs and MDs. He is very much involved in research, some of his publications can be found on Pubmed and he features in The Daily Mail's Good Doctors Guide. Mr Smith is also a committee member of the Specialist Advisory Committee in General Surgery and is the liaison member for Northern Ireland.

If I am away I will provide a colleagues number