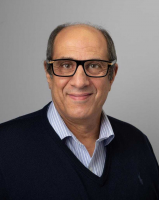 Mr Abdel-Aty completed his Training in Obstetrics and Gynaecology In west Midland.

Mr Abdel-Aty moved to the North West to join the Consultant Gynaecologist team in East Lancashire.

Mr Abdel-Aty has advanced training in laparoscopic surgery and he also conducts courses for Registrars on basic and advanced laparoscopy.

Mr Abdel-Aty is the leader of the team who achieve status Accreditation for Endometriosis centre at East Lancashire Hospitals.

He was awarded the Endometriosis Primrose award in 2018.