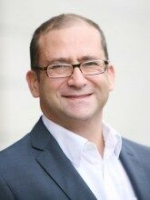 Mr Gidon Lieberman’s specialist areas are sub-fertility, gynaecological ultrasound and minimal invasive surgery. He undertook his undergraduate studies at St Andrews University and Manchester Medical School qualifying in 1993. He then moved to London and was a registrar in North East London. He was granted my post graduate MD thesis based on the investigation and development of new techniques in diagnosing ovarian cancer. I was heavily involved in the ultrasound assessment of the pelvis, which subsequently led me to develop an interest in fertility. In addition to Reproductive Medicine and Surgery as well as general Obstetrics and Gynaecology,

He is accredited by the Royal College of Obstetricians in laparoscopic and hysteroscopic surgery, gynaecological ultrasound and management of the menopause. He believe that the journey through medical issues (particularly sub-fertility) is often very strenuous and that a supportive and constructive interaction between health professional and patient is vitally important. Mr Lieberman enjoys working alongside other health professionals and he works closely with an acupuncturist and nutritionilist.