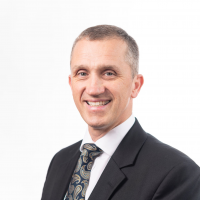 He is founder of Glasgow Vein Clinic based at Ross Hall Hospital which has been providing specialist varicose veins treatment since 2007. He also has specialist vein clinics at Carrick Glen Hospital in Ayr, and Kings Park Hospital in Stirling.

He is on the General Medical Council's Specialist's Register (GMC number 4013736).

Registered with the Information Commissioner's Office

Updates on vascular surgery and modern treatments for varicose veins.