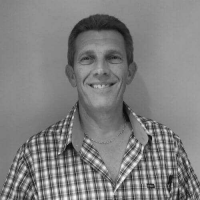 Paul was brought up and educated in Surrey. His father was a dentist and throughout his school years, he thought that he would follow in his footsteps. At the age of 15, he suffered horrendous lower back and leg pains after lifting a suitcase while holidaying with his parents in France. Once back in the UK he saw his GP on numerous occasions and took painkillers for months; nothing helped.

Eventually, he saw a specialist who suggested an operation, something he did not look forward to at such a young age. As a last resort, his father took him along to see his chiropractor. Within two weeks he was free of pain and back to normal, and the rest is history.