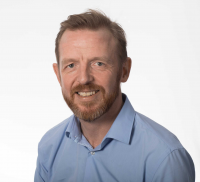 Dr Richard Simcock has been a Consultant Clinical Oncologist at the Sussex Cancer Centre since 2004. Previously he had worked at the Sydney Cancer Centre, Australia and before that had completed five years of postgraduate specialist training in Oncology in London and the South East including Guys and St.Thomas’, Charing Cross and Mount Vernon Hospitals. He graduated from Guys and St.Thomas’ hospital in 1993.

Working closely with the surgical and nursing team Dr Simcock sees and treats patients diagnosed with early or advanced breast cancer. He advises on the role of radiation, chemotherapy, hormone, biological, and experimental treatments.

Dr Simcock prescribes and supervises courses of chemotherapy delivered by the team at the Montefiore Spire, Nuffield or by home healthcare teams. In addition he prescribes, plans, and supervises radiotherapy treatment at the Royal Sussex County Hospital or at the Genesis state of the art radiotherapy facilities in Portsmouth, Guildford and West Malling. He has organised national meetings for the British Institute of Radiology on state of the art radiotherapy techniques for breast cancer and radiology for head and neck cancer.


He is also involved in enrolling patients in trials of new therapies as well as trials of improved radiation therapies.

As a Head and Neck Oncologist Dr Richard Simcock treats cancers of the larynx (voice box), tongue, tonsil and other rarer sites. He supervises, prescribes and plans curative treatments with radiotherapy and chemotherapy as well as giving post-operative radiotherapy treatments. Intensity Modulated radiotherapy is used as standard in these cases. Richard has been an invited speaker on Head and Neck radiotherapy at International conferences.


As well as his clinical roles Dr Richard Simcock was a Clinical Lead for Breast Services at Brighton and Sussex University Hospitals NHS Trust until 2014 and was Chair of the Sussex Cancer Network Breast Tumour Group. He is MDT lead for Head and Neck cancer.

Richard has worked closely with Macmillan and the National Cancer Survivorship Initiative to develop packages of care for patients after their cancer treatment (see video below). This is ongoing work to enhance care.

He has recently worked with Brighton and Hove Council to develop the 'Walk Well' program to help patients recover from fatigue after cancer treatment.

He is also a Trustee of the important local charity ‘Cancervive’ which provides peer support to the family and friends of those with cancer.

Richard is a Medical Advisor to the Charity Mummy's Star which provides advice and support to women who have been diagnosed with a cancer during pregnancy and is a Consultant Medical Adviser to Macmillan Cancer Care.

Since 2016 he has been the Chair of the Expert Reference Group for Cancer in the Older Person - a national group tasked with improving cancer outcomes for older people.

Dr Richard Simcock has three children at local schools and is a governor at one of them. His wife is a local GP.

He tweets regulalrly as @BreastDocUK

Cancer Survivorship and Quality of Life on treatment
Radiotherapy treatments

View photos of my team