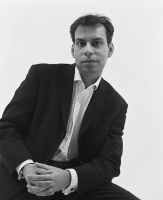 Professor Pankaj Sharma is a Consultant Neurologist at Imperial College London and Professor of Neurology at the Royal Holloway college, University of London where he is also Director of the internationally renown Institute of Cardiovascular Research (ICR2UL). He was a former Dept. of Health Senior Fellow, head of acute stroke services at Hammersmith Hospitals and head of the Imperial College Cerebrovascular Research Unit.

He currently is Honorary Medical Director of the UK national charity Different Stroke and Editor-in-Chief of the Royal Society of Medicine Cardiovascular Disease journal. He is a fellow of (and examiner to) the Royal College of Physicians and the Medical Society of London, and a member of the Association of British Neurologist and the British Hypertension Society.

He trained in general medicine, clinical pharmacology and neurology and is the only UK neurologist to hold specialist European accreditation in the management of hypertension. He holds doctorates from the universities of London and Cambridge. He was a former British Heart Foundation Clinician Scientist at Cambridge and a Fulbright Scholar at Harvard Medical School & Massachusetts General Hospital, USA. His research interests include the genetics of stroke (including in ethnic minority populations).

Professor Sharma is a frequent media commentator for television (BBC, CNN) and radio. In 2015 he was named the UK's top Asian Doctor and was profiled in the British Medical Journal (BMJ).