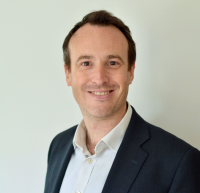 Mr Wright is a Paediatric Orthopaedic and Limb Reconstruction Surgeon based at the Childrens Orthopaedic practice at The Portland Hospital. He works alongside orthopaedic surgeons Mr Robert Hill and Miss Sarah McMahon, specialising in congenital and acquired limb deformities that require limb lengthening or reconstruction techniques. He also treats paediatric patients with non-spinal orthopaedic conditions.

Mr Wright graduated from University College London in 2006 and subsequently gained experience in paediatric orthopaedics and limb reconstruction at several centres, including Great Ormond Street Hospital for Children, the Royal London Hospital and the Royal National Orthopaedic Hospital. He completed a fellowship at the Ilizarov Scientific Centre for Restorative Traumatology and Orthopaedics in Russia, working on the use of circular fixators for deformity correction and limb lengthening. He also undertook a 12-month fellowship in Paediatric Orthopaedics at the Starship Children’s Hospital in Auckland, New Zealand.