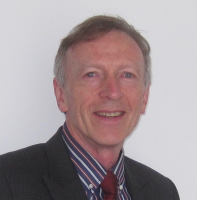 Dr Guy Haywood established the complex electrophysiology service at the South West Cardiothoracic Centre, Plymouth in 2004. He trained in the UK gaining a 1st class degree at Cambridge and Distinction in finals at St Thomas’ Hospital, London. His further research at St George’s Hospital London and Stanford University, California resulted in his MD degree.

He has a special interest in the treatment of atrial fibrillation having successfully performed over 750 atrial fibrillation ablations and led the European Hybrid AF ablation group which published the largest experience of ablation in this specialist field earlier this year (2020). He performs catheter ablation , pacing and ICD implants and percutaneous coronary intervention.

Dr Haywood is actively involved in arrhythmia research and the commercial development of new ablation catheters. He has patented new techniques in the field of heart rhythm treatment and has served on steering/endpoint, and data safety monitoring committees for major BHF and NIHR trials. He has been closely involved in the training of many of the Consultant Cardioloigsts in the South West and previously acted as training program director for the South West UK.

Charity work has included the Executive Committee of the Arrhythmia Alliance as well as South West heart rhythm charities. It was via the Heartswell charity that he led the first phase of the project that ultimately resulted in the Peninsula Heart Clinic being established in Plymouth.