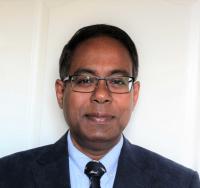 Dr Suranjan Ghoshal is a Consultant Gynaecologist and Obstetrician at Royal Oldham Hospital, Rochdale Infirmary and BMI The Highfield Hospital. He has nearly 30 years of experience in general gynaecology and obstetrics with a special interest in urogynaecology and ambulatory gynaecology.

After the qualifying MBBS examination in 1985 and the subsequent internship, Dr Ghoshal underwent intensive training in gynaecology and obstetrics and attained a number of postgraduate qualifications (DGO, DICOG, DNB-OG) in the specialty. He obtained Membership of the Royal College of Obstetricians & Gynaecologists (MRCOG) in 1996 and after completing his higher training was awarded CCT in 2006.

Dr Ghoshal now has a total of over 26 years' of experience in gynaecology and obstetrics, working at various levels including DGHs, tertiary referral centres and teaching hospitals. He has been a NHS consultant since 2006 and was awarded Fellowship (FRCOG) in 2012 for his contribution.

Dr Ghoshal has a lovely family, with his wife working in the NHS and his son studying Medicine at Cambridge University. He loves spending time with his family including travelling within and outside the UK. He enjoys playing badminton and also loves to restore old appliances for the household and friends in his spare time.