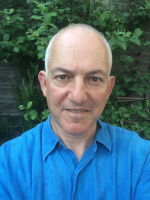 Dr Zwi is a clinician at heart, who loves working with children, young people and their families. After studying medicine in South Africa, where he grew up, he moved to the UK in 1985 and trained as a Child & Adolescent Psychiatrist.

When children and young people experience emotional difficulties it has an enormous impact on the individual as well as their family. This is true too of children who have neuro-developmental conditions such as ADHD or Autism Spectrum Conditions. Dr Zwi tries to view these situations from both the child/young person’s position as well through the perspective of the parents and family. He is committed to helping young people and families make informed clinical choices about the care they receive by talking through the clinical evidence in plain English. This is how he applies “evidence-based practice” in the real world.

Dr Zwi worked as a consultant at Richmond NHS CAMHS from 1994 – 2014 and at Islington CAMHS from September 2014 to the present. His special interest areas include ADHD, autism, anxiety, depression, eating disorders and managing challenging behaviour.

His academic work has focused on the issue of clinical evidence and his publications have mainly been about ADHD. He was made a Fellow of the Royal College of Psychiatrists in 2003, served as a Professional Advisor (Research) to the Department of Health between January 2007- March 2009 and has provided expert psychopharmacological input to the Paediatric Medicines Expert Advisory Group since 2009 to the present. Despite his academic interests, Dr Zwi’s priority has always been his direct clinical work with children, young people and their families.

Specialist interests and expertise in the following physical conditions

Fellow of the Royal College of Psychiatrists (FRCPsych)