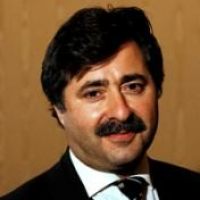 I trained as a doctor in Glasgow and in London, obtaining my MRCOG in 1988 and graduating with an MD from the University of Glasgow on cervical cancer, immunity and infection in 1992.

Thereafter, I worked as lecturer and senior lecturer at Charing Cross and Westminster Medical School.I then became Director of Gynaecology at Chelsea and Westminster Hospital and became visiting associate professor at NYU Medical Centre in New York.

For the last 6 years, I have been based at the West London Gynaecological Cancer Centre, Queen Charlotte's & Chelsea Hospital, Imperial College London. I was made an adjunct associate professor at NYU Medical Centre.

I have a long running interest in doctor / patient communication and am the series editor for a series of books entitled Patient Pictures which has sold 240,000 copies.

I am the founder of the UK Uterine Transplantation charity and leader of the research team, a project I have been involved with for the past 15 years.