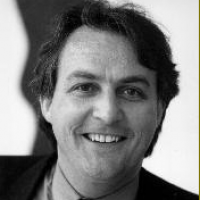 Mr Rogers was trained in medicine at King's College Hospital Medical School, London and qualified in 1979, before gaining his fellowship of the Royal College of Surgeons of England in 1985. His specialist training was in Oesophagogastric, Colorectal and Laparoscopic surgery. He undertook a period of original research resulting in a large number of publications in scientific journals and wrote a Thesis resulting in the award of M.D. in 1991. He was given the medal of Arris and Gale Lecturer at the Royal College of Surgeons of England 1991/1992. He has written a number of chapters in surgical textbooks and continues to be involved in research.

Although now in private practice, Mr Rogers was Senior Lecturer and Honorary Consultant Surgeon at St Bart's and the Royal London Hospital between 1993 and 2002. During this post he was Director of The Royal London Hospital Minimal Access Therapy Training Unit which was a clinical partner of the Royal College of Surgeons of England Minimal Access Therapy Training Unit (mattu) and he regularly performed live surgical demonstrations of complex laparoscopic procedures over a direct video link to the Royal College of Surgeons.

Arris and Gale Lecturer at the Royal College of Surgeons of England.