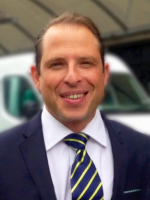 Dr Despott is the clinical lead at the Royal Free Unit for Endoscopy of the Royal Free Hospital and Hon. Associate Professor at University College London (UCL) ILDH, Hampstead, London. He is a consultant gastroenterologist and interventional endoscopist whose specialist interests include device assisted enteroscopy (double-balloon enteroscopy (DBE) in particular), capsule endoscopy (CE), interventional colonoscopy (particularly complex polypectomy including wide-field endoscopic mucosal resection (EMR) and endoscopic submucosal dissection ESD)) and transnasal endoscopy. Since his appointment as a consultant in 2012, he instigated significant advances at the Royal Free Unit for Endoscopy and the Centre for Endoscopy at the Wellington Hospital. He is Senior Associate Editor of VideoGIE (an official journal of the American Society of Gastrointestinal Endoscopy (ASGE)) and is regularly invited to lecture and perform live endoscopy demonstrations at prestigious national and international meetings (including Endolive Roma, Rome, Italy, GEEW, Brussels, Belgium, Dusseldorf Live Endoscopy, Germany, IRCAD Brazil, Digestive Endoscopy Cluj, Romania and BSG Live Endoscopy, London, UK). He was awarded a bursary by the Japanese GI Endoscopy Society (JGES) to present at the 85th JGES Congress held in Kyoto, Japan and the British Society of Gastroenterology (BSG) has also awarded him a travelling fellowship to Japan, where he underwent further training in a ESD and DBE at the National Cancer Centre in Tokyo and the Jichi Medical University, Tochigi Japan, under the direct mentorship of Prof Saito and Prof Yamamoto, respectively. In 2007 he received a prestigious scholarship to undergo advanced endoscopy training at the Wolfson Unit for Endoscopy at St Mark’s Hospital and Academic Institute. He spent 3½ years of dedicated endoscopy training at the Wolfson Unit at St Mark’s, during which he also undertook formal research at Imperial College London achieving a further doctorate in medical research -MD(Res), a PhD equivalent, for his thesis ‘Advancing Minimally Invasive Aspects of Flexible GI Endoscopy’. He is actively involved in endoscopic research and forms part of the European Society of Gastrointestinal Endoscopy (ESGE) guidelines committee for small bowel endoscopy, quality standards and training curriculum. He has published numerous (>65) scientific peer-reviewed papers, several book chapters, review articles and is referee for journals of high impact. His work is also regularly accepted for oral presentation at national and international conferences. He also organises and teaches on several hands-on endoscopy courses, including Capsule Endoscopy courses and is a co-founder of the European Transnasal Endoscopy Workshop (held annually). He is also a co-founder and director of the renowned International Advanced Endoscopy Masterclass (AEM) London, a highly successful international educational event with >350 participants from >40 countries. Dr Despott qualified from the University of Malta in 1999 (3rd in his qualifying year’s order of merit). He completed his general professional training obtaining MRCP(UK) in 2003, following which, he moved to the UK to pursue higher specialist training in gastroenterology and GI endoscopy in 2004. He trained gastroenterology and general(internal) medicine in the North East Thames rotation (London Deanery School of Medicine). He obtained MRCP(Gastroenterology) in 2010 and was appointed to the consultant staff at the Royal Free in 2012. He is a member of the BSG, ESGE and ASGE and was elected as a Fellow of the European Board of Gastroenterology and Hepatology (FEBGH) in 2012, a Fellow of the ASGE (FASGE) in 2016 and a Fellow of the Royal College of Physicians (FRCP), London in 2017. Dr Despott also enjoys painting seascapes, photography and offshore fishing.

The role of endoscopy in polyp detection and resection