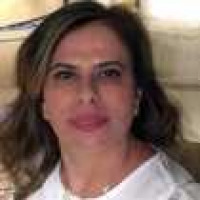 Miss Ghada Salman is a consultant Gynaecologist at University College London Hospitals with main interests and special skills in ambulatory gynaecology, minimal invasive surgery, early pregnancy and gynaecological imaging. Following completion of training in North West Thames London including registrar posts at Queen Charlotte's, Chelsea and Westminster, Queen Elizabeth II and Hillingdon hospitals, she was appointed as a Consultant Gynaecologist at UCLH in 2011. Subsequently she completed a Master degree (MSc) in the Ultrasound of Gynaecology and Early Pregnancy at Kings College, London in 2013 and was awarded Fellowship of the Royal College of Obstetricians and Gynaecologist in 2017.
Miss Ghada Salman regularly manages a wide range of benign gynaecological conditions including menstrual disorders, fibroids, pelvic pain and ovarian cysts. She also performs various open, laparoscopic and hysteroscopic surgical procedures including out-patient procedures such as hysteroscopy and treatment of miscarriages.
Miss Salman is highly skilled at performing gynaecology and early pregnancy ultrasound scans including 3D scans for endometrial pathology, fibroid mapping, adenomyosis, urogynaecology and ovarian tumours. She also has special skills in fertility scans including follicular tracking, uterine anomalies and tubal patency test (HyCoSy) using 3D technology.
Miss Salman is an active committee member of the British Society for Gynaecological Imaging (BSGI) and has published and presented her work on early pregnancy, gynaecology ultrasound and endoscopic gynaecology both nationally and internationally. She is also the author of numerous scientific chapters in this field.