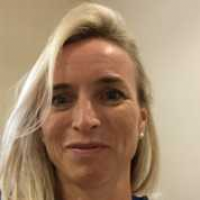 Natasha initially qualified from St Bartholomews Medical School, London in 1992 and became a General practitioner in 1997. After 8 years of General practice, she went on to pursue her personal interest in Sport and Exercise Medicine and became a consultant in Oxford in 2010. She works for the world renowned Nuffield Orthopaedic Centre in both the Sport and Exercise and general musculoskeletal medical services. She is the clinical lead for the rheumatology team.

In addition she has worked for the English Institute of Sport for many years and has looked after athletes in a wide variety of Olympic and Paralympic Sports including sailing, hockey, canoeing, athletics, synchronised swimming, wheelchair tennis and wheelchair basketball. She currently works for the English Institute of Sport at Bisham Abbey, mainly working with Hockey teams.

Natasha holds an honorary contract with the Nuffield Department of Orthopaedics, Rheumatology and Musculoskeletal Sciences, Oxford University where she pursues her interest in Exercise rehabilitation for people with long term conditions as well as other musculoskeletal research projects.

Natasha is Vice President of the Faculty of Sport and Exercise Medicine, Royal College of surgeons of Edinburgh.

Natasha has a personal interest in running, cycling, swimming and sailing and has competed in Age Group competition in Olympic Distance Triathlon at World Championship Level. She has completed the Three Peaks Yacht race 3 times as a runner and holds a yachtmaster qualification.

Natasha is passionate about Sport and Exercise Medicine and is highly experienced in helping athletes and recreational exercisers prevent and recover from injury so that they may achieve their goals.

Following treatment of a Bupa member, we will communicate with GPs in line with Department of Health, GMC and appropriate professional bodies guidelines.